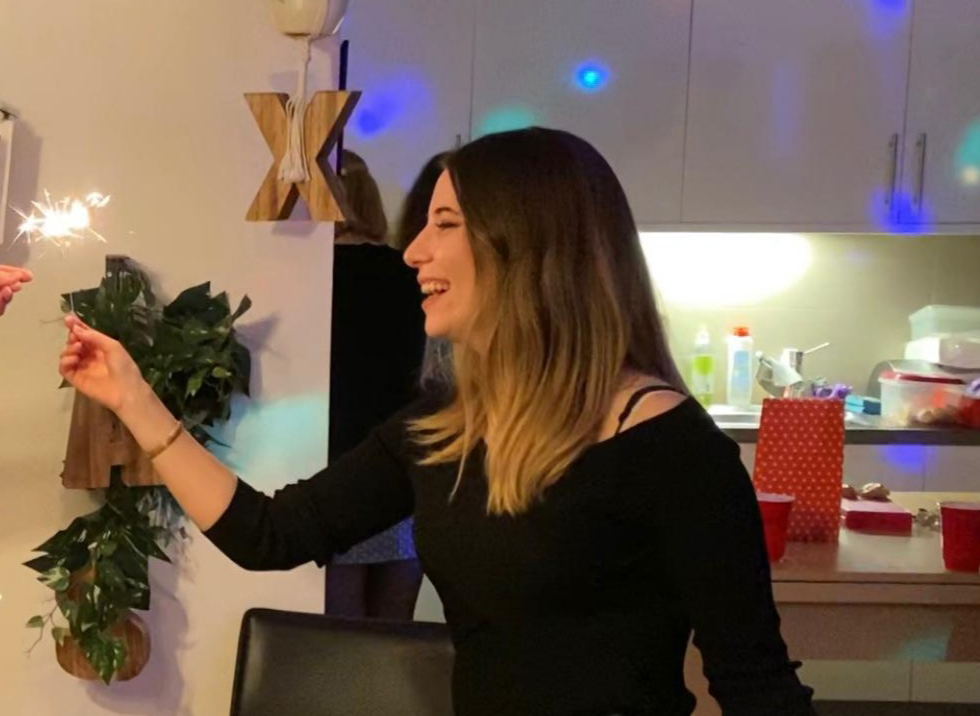 Posted at 19:13h in Member of the month by Elsa Gonzalez
4 Likes
Share

Our member of the month for March is another fairly new face at CrossFit GVA. Anastasija has been training with us for 6 months. She has a very interesting backstory. Not only for where she comes from but also what she does for a living!

Where are you from and how long have you been in Geneva?
I come from Macedonia. I came to Geneva in 2001 with may parents when I was 6. So I have been here for 19 years.

What is your native language and how many languages do you speak?
My mother tongue is Macedonian and my second language is French. I also speak good English and there was a time when I could speak Germany fairly well (but that was 6 years ago and I don’t practice any more).

How much do you remember of when you first arrived in Switzerland? Did you find it hard to integrate?
It was hard to get integrated. I didn’t speak any Frnech when I arrived so I was kind of vulnerable among my peers because I had no “voice”. I did get bullied the first few years but it was not because I came from elsewhere. I mostly belonged in the nerdish community at school. But that got better and better over the years.

What do you do for a living ?
I am a student in my final (6th) year of studying medicine.

Tell us more about your medical studies. What is going to be your specialisation and why?
My studies consist of 3 years of theory and 3 years of practice. In the last year we have the chance to choose a traineeship. I would like to specialise in abdominal surgery. I really like the digestive system. For me it’s a type of surgery that provides a lot of diversity and a good balance between the medical and technical sides. It is also considered to be “real” surgery aha!

How long have you been doing CrossFit?
I started CrossFit 6 months ago.

Why did you start ?
I wanted to get stronger both physically and mentally. I was starting to get a bit limited by the weights and exercises I could do at home and going to the gym seemed like a good idea. Plus I was interested by the concept of CrossFit. Unfortunately I don’t have a lot of time to train, so the WOD is quick and effective. I also like the fact that somebody else does the programming for me and I can just show up without having to think about anything ahah!

Did you find it intimidating at the start ?
I actually waited a long time to do my first trial session because I found it so intimidating. But once I got there I realised was nowhere near as terrible as I expected!

The CrossFit community is well known, but can be hard to penetrate. Did you find the community welcoming ?
I found the community welcoming. People don’t hesitate to speak to you when you are new. Its also true for me though that because I don’t have much time, I usually leave as soon as the class is over. In future I would like to stay a bit longer and also participate in the different social events so I can get to know more people in the CrossFit GVA community.

What other sports did you in the past ?
I have to admit that I was not very sporty when I was young. I played a bit of tennis but only because my parents signed up me, not because of any passion for tennis. In college I did the classic thing of fitness between June and August to try to get a beach body…. It was in my first year of medicine that I started to do fitness at home (Youtube videos from different coaches) regularly and the whole year. I also did yoga and dance.

What frustrates you most during training ?
Actually I’m rarely frustrated at the end of a class. I always try to take something positive out of it! What can be frustrating, but this is not specifically a CrossFit thing, are the days when your body is tired, you are not on form, everything seems more difficult, heavier and you struggle with exercises that you can normally master. But simply put you just accept that there are days like that.

What progress are you most proud of ?
Its difficult to think of something specific that I am particularly proud of. Overall I feel in better shape, less out of breath, more capable. Ok last week I found out that I can do an overhead squat (which was not the case 2 months ago) so that’s pretty cool! But the day when I can do aa real pull up. That will be really something!

What other activities do you do other than CrossFit?
In terms of physical activity, nothing other than CrossFit right now. I stretch once per week. I would like to start running when the weather gets a bit warmer. But otherwise my life revolves around family, friends, work, reading medical articles, meal prep on Sunday and when I have time, watching series or films.

Do you think its harder for women to start CrossFit compared to men or is that not a factor at all? Did you expect there to be more men than women in the classes?
Its actually strange that I didn’t consider this question at all when I started (with regards to the balance between men and women). For me it wouldn’t change anything and I don’t see it as important. I don’t think its more difficult for women. We see more and more CrossFit female athletes in social media.